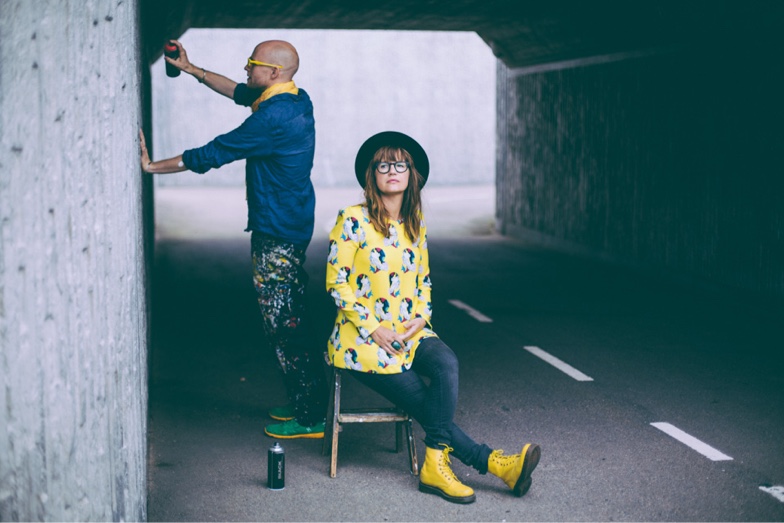 Artyfact Gallery is an online art gallery run by the artist duo Cecilia and Patrick Björk. The gallery was located at Köpmansgatan, Båstad in 2016-2020, but is now mainly an online business.

Cecilia Björk is a mixed media artist with a wish to increase the tolerance for the used and imperfect. In her creations, she often returns to using recycled material, something that has become her hallmark. Her technique is mixed media/collage, where she puts together found materials, discarded or unexpected objects into a new artistic meaning, often as a tribute to the feminine. The material she uses in her paintings is often wallpaper and vintage magazines. She earned herself a PhD in Art & Fashion design at University of the Arts – London College of Fashion, and was part of the London fashion scene for several years. During her internship with Marjan Pejoski she took part in Björk’s ’Swandress’ that she wore for the Oscar’s in 2001.

In 2014 she designed a poster for IKEA which was sold in all of IKEA’s stores worldwide. Her work has been published in several glossy magazines and newspapers. She is represented in Sweden, Denmark and New York, US.

Patrick is a creator and visionary. With his passion for interiordesign he could turn any room into an artinstallation.

They are both influenced by graffiti, street art and pop culture. And they also do interior consultations for your home or workplace.

Cecilia also creates specific energy paintings, acrylic and collage on canvas. When she makes a personal energy painting, she channels your name and unique energy, and paints thereafter. The information comes in different colours, shapes and forms, and is unique and according to your specific energy. With the painting comes a few words of interpretation.

You can order the painting by itself or together with a channelled session.